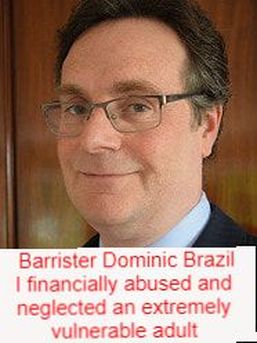 ​ Significant safeguarding risk to vulnerable persons
​
Barrister Dominic Brazil: Previously 1 Kings Bench Walk Chambers
Now at: Spectrum Family Law.  Pantiles Chambers, 85 High St, Tunbridge Wells TN1 1XP
This  barrister,  knowing that I was a  patient subject to the Court of Protection  did not disclose to the  Court of
Protection the medical certificate that he held on the 24 November 2004.    Instead,  barrister Dominic Brazil  had placed  upon
me   Hundreds of Thousands of Pounds in adverse costs and adverse inferences,  whilst generating substantial  revenue for
himself  and his then Chambers, 1 Kings Bench Walk Chambers.    As of March 2018 the monies has never been return to me.
Barrister Dominic Brazil can be contacted via his wife,  barrister Nichola Grey, 1 Hare Court Chambers​.  Email:  gray@1hc.com
20 April 2016:  The tribunal found that Mr Brazil had repeatedly acted dishonestly.
Further information Dominic Brazil 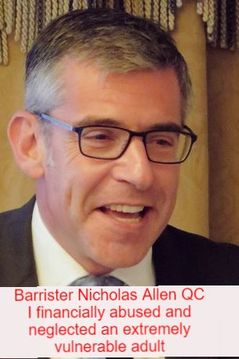 25 August 2010 barrister Nicholas Allen 29 Bedford Row Chambers to Leonard Lawrence
I am unable to provide “evidence that supports my oral statement to District Judge Fortgang that the Official Solicitor (Laurence Oates)
agreed that the house be sold for 622,000.”
Further information Nicholas Allen 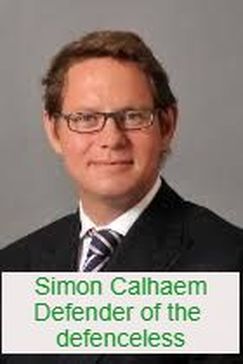 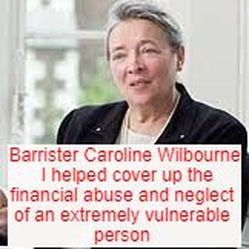 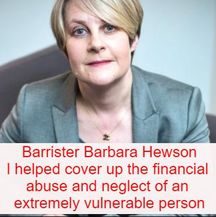 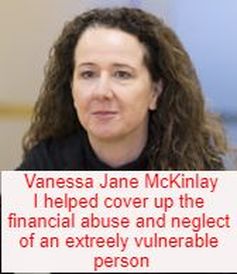 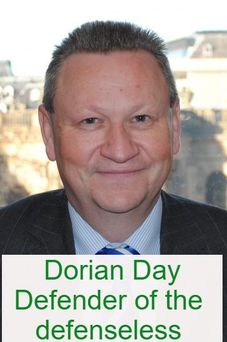 ​​  Defender of the Defenceless
​
​  Barrister: Mr Dorian Day, St Philips Chambers,  Birmingham
​​13 October 2011: Barrister Mr Dorian Day written opinion to the Legal Service, Special Cases Unit.
FINAL ORDER OF DISTRICT JUDGE FORTGANG IS VOID IT HAS NOT BEEN TO THE COURT OF PROTECTION.
The Court of Protection Point.
1. In many respects as discussed in conference this point is simple
2. Whilst prima facie H has the protection of Official Solicitor he was not registered as a protected party should be in the Court of
Protection and/or no receiver was appointed.
3. He was therefore left financially vulnerable at both point of trial and order for sale.
4. In my view this is a serious procedural error and comes within the criteria for an appeal and has led to injustice.
5. This is a case where acute injustice appears to have occurred
Further information 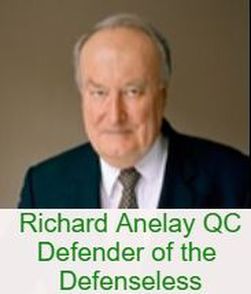 Defender of the Defenceless
​
​   Richard Anelay Q.C. 1 King's Bench Walk Chambers,  London
Deputy High Court Judge (Family Division)  Former  Head of Chambers at 1KBW
9 September 2010  Mr Richard Anelay Q.C. Head of Chambers, 1 King Bench Walk,  wrote to Leonard  Lawrence   advising  that
Mr  Brazil  assures Mr  Anelay QC that  District Judge Fortgang was completely aware that Leonard Lawrence  was a patient
subject to the Court of Protection.   The Court Transcript of the  Final Hearing on the 5 & 6 April 2005 does not support this.
No explanation has so far been given as to why barrister Dominic Brazil, 1 Kings Bench Walk Chambers, had placed upon me
Hundreds  of  Thousands  of Pounds in adverse costs and inferences knowing that I was a patient subject to the Court of
Protection.
Further information