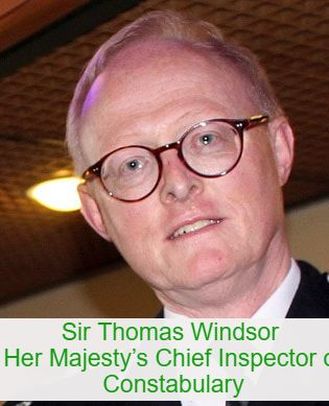 Sir Thomas Winsor,
Her Majesty's Chief Inspector of Constabulary
"THAMES Valley Police are failing to record more than 35,000 crimes per year, a shock report says, including serious crimes such as rape, sexual offences and domestic violence".
The force has been rated 'inadequate' in a crime data inspection by watchdog, Her Majesty's Inspectorate of Constabulary and Fire & Rescue Service (HMICFRS). The report released today (Thursday, February 15 2018) said there was 'a failure of officers and staff to make correct crime-recording decisions at the first opportunity'. It means only 80.4 percent of reported crimes from victims were recorded, inspectors said, with 19.6 percent falling by the wayside.
Sir Thomas is to be thanked for his honesty, which confirms exactly what occurred in my own and possibly many other cases. My  case was shut down by Detective Superintendent Gill Wootton and the newly appointed Assistant Chief Constable Tim De Meyer,  Thames Valley Police,  when another police force identified offences of fraud and other  more serious offences, including perjury,  that would have incriminated  Detective Superintendent Gill Wootton. 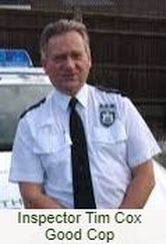 Gave me spiritual and emotional support during 2004/2005.

Emotional support  is about helping to lift someone to higher ground so he or she can see   their  way   through​ the difficulty.
Further information about Inspector Tim Cox 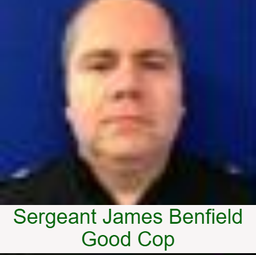 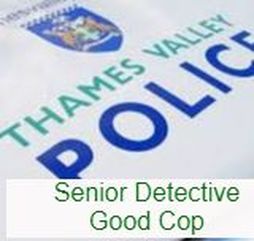 Senior Detective of Thames Valley Police
(name withheld  to protect the detective)
In 2015  I,  Leonard Lawrence,  was contacted by a detective from Thames Valley Police. The detective identified himself by his rank and name,  but requested that I did not try to contact him in the future  as he wished to remain anonymous.  The detective  advised me how my home was sold by Turberville Solicitors Uxbridge UB8 1JT,  BP Collins Solicitors Gerrards Cross SL9 8EL and barrister Dominic Brazil 1 Kings Bench Walk Chambers.  Turberville Solicitors, knowing that I was a patient subject to the Court of Protection,   without the knowledge of the Court of Protection,  submitted to H.M. Land Registry From MH4 to remove a caution.  Turberville Solicitors never advised  HM Land Registry that my home could not be sold without Court of Protection approval.
Further information about Detective x 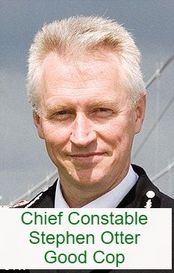 Chief Constable Stephen Otter, Devon and Cornwall Police
Thames Valley Police  alleged in 2010  that Devon and Cornwall Police had  not disclosed to them any  Court of Protection, Medical Certificates.
Chief Constable Stephen Otter's office referred the matter to the Crime and Justice Department and the matter was dealt with by the following officers: ​Detective Chief Superintendent Russ Middleton and Detective  Superintendent Julie Fielding  (both now Assistant Chief Constables)
​It was very quickly established that the Law Solicitor, Solicitors Regulatory Authority,  had not disclosed to Detective Inspector  Sam de Reya,    Devon and Cornwall Police,  the Court of Protection,  Medical Certificates,   that the Law Society and the  Solicitors Regulatory Authority held.
The Law Society later release to Leonard Lawrence a box of documents which included three Court of Protection Medical Certificates of Mental Incapacity CP3’s,  which had never been disclosed to the Court of Protection during the previous five years.
Further information about Chief Constable Stephen Otter 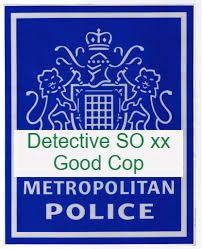 Detective, Metropolitan Police, Specialist Operations
In June 2013 a detective from the Metropolitan Police contacted  Leonard Lawrence, and advised that there had been a request to  the Metropolitan Police to investigate and make life difficult for Mr Lawrenceme. The detective named the Official Solicitor to the Senior Courts as the instigator. Mr Lawrence  later received  a  confidential file on Alastair Pitbaldo the Official Solicitor, and his fiancee Catherine Collins.
It was discovered in 2015 that Mrs Justice Pauffley had in February 2013 instructed HHJ Oliver to send my case to the Court of Appeal
11 February 2013 15:21 Email HHJ Simon Oliver to HMCTS Chris Horton
His Honour Judge Simon Oliver, Reading County Court:
​I will need to make an order retransferring it to Court of Appeal
Further information about Detective x Specialist Operations Metropoitian Police 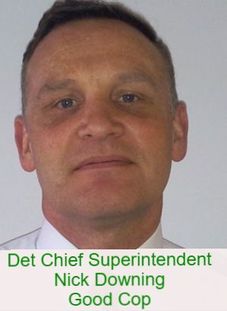 Assistant Chief Constable Nick Downing
National Police Chiefs lead for Financial Investigation
Now Assistant Chief Constable Nick Downing, Head of the Serious Crime Directorate for Kent and Essex Police. Since April 2018 National Police Chiefs lead for Financial Investigation and Proceeds of Crime. Previously temporary commander in the Metropolitan Police and portfolio responsibility for protecting vulnerable people across territorial policing.
November 2014 my case was brought to the attention of Det. Ch. Supt. Nick Downing, when  Head of the Metropolitan Police Criminal Finance Teams, by a foreign journalist.  Det. Ch. Supt. Downing directed me to Action Fraud where my complaint was dealt with by Stephen Proffitt,  Deputy Head of Action Fraud and a former Metropolitan Police officer with over 30 years experience.  Two statements were taken ​from me and offences of fraud and other more serious offences including perjury were identified.  The case was sent by Action Fraud to  Neil Blackhurst,  Serious and Organised Crime Brancht, Devon and Cornwall Police.   (See Stephen Proffitt) 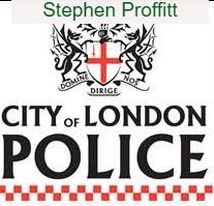 Stephen Proffitt.  Former Deputy Head of Action Fraud
On the 3 February 2015 [16:58] a  further statement was taken from me by Action Fraud, I was advised that Stephen Proffitt had identified offences of fraud and other more serious offences, including perjury, against me whilst I was a patient subject to the Court of Protection.
5 March 2015 The Senior Investigator, Devon & Cornwall Police, Serious and Organised Crime Branch and one other detective visited me.
Arrangements would be made to take a formal statement from me as a vulnerable witness, however the detectives never returned.
The IPCC files released in 2016 identify how Thames Valley Police shut down the investigation to protect Det Supt Gill Wootton 4528 and  Det Ch. Supt Tim De Meyer, Head of Professional Standards,  now Assistant Commissioner Tim De Meyer,  Thames Valley Police
Further information about Stephen Proffitt 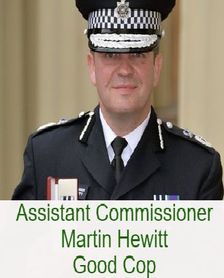